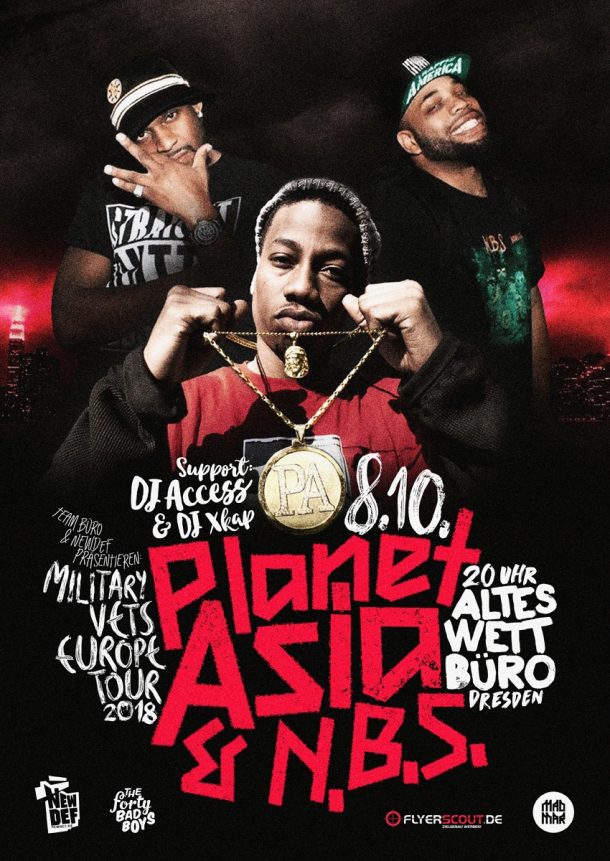 Planet Asia:
Planet Asia is regarded as one of the most recognizable voices and names within hip-hop. The veteran emcee who has had career that is now 20+ years long, is hitting the road for a small run w/ up and coming artist Jabee (Oklahoma), and the group N.B.S. (Boston).

Planet Asia has continued to produce flawless albums, and after his highly regarded release “Anchovies” in 2017 w/ Detroit Producer Apollo Brown, he has followed up with his latest album “The Golden Buddah” which dropped on January 19th. Planet Asia has continued to produce timeless albums and puts on a one of a kind live show. He has a catalog that is almost untouchable with his extensive solo career, and then his classics w/ the group “The Cali Agents” as well.

N.B.S.:
Hip-Hop duo N.B.S., worked with 9th Wonder, DJ Khalil, Slaine, AG, Wais P, Royce Da 5’9″, Bishop Lamont, Esoteric, Snowgoons, Statik Selektah, Virtuoso and many more. The Boston duo have toured extensively over the last few years. Touching down in Europe, Australia, Asia and more. Their release w/ German Super Producers The Snowgoons titled „Trapped in America“ was one of the more solid releases that came out in 2015. They are gearing up to release their latest album „Budavets 2“ this year.